There are many projects in the crypto space and their number is growing every day.

Most crypto enthusiasts are interested in more than one project. But how to keep track on the activities of your favourite projects?
If you are having a life that includes family, job, friends and hobbies it´s nearly impossible to follow what is going on at your favourite crypto projects.

We from GAT Network know the problem and would like to make it easier to keep track of our work. Therefore we will give you a summary of our recent activities on a regular basis.

Today we start that and give you a retrospective of our major topics since the start of September:

In early September we announced a bridge for Game Ace NFTs to the Ethereum Blockchain to enable trading of Game Ace cartridges for example at OpenSea.
During the development of this bridge we decided to create an even more powerful and flexible bridging-solution that

What Minted Vodka features would be possible with this bridging technology ?

This bridge will be available in October. UPDATE: The bridge has been launched. And it´s not only possible to bridge to Ethereum but also to Polygon! All details here https://gat.network/gat-bridge-goes-live/

By the end of September we launched a Beta Arena. Over 10K battles happened in Alchemy Arena already. Smart contracts work well & bugs have been fixed.
Arenas can be used for Farming 2.0/ gamified farming in the future! We now look for crypto projects who want to set up a custom Arena in which players can farm their token…

It´s not too late to join the Alchemy Arena activity challenge! 6,000 GAT can be won. All you need to know is described in this blogpost

In the next months we will focus on the development of our NFT Market. Important features like

and more will be available and attract new users. Of course we will keep an eye on new use cases for GAT in this context.

And also growing traffic will mean more fees that flow into the Alchemy Toys treasury as you know.

On September 6th we dropped  Game Ace: world’s first NFT that you can play as a retro video game at BakerySwap!
Within a few hours we sold 665 Game Ace cartridges of this historic NFT  for 1 BNB each.

As described above: the Game Ace NFTs will be bridgeable with Ethereum Network in a few days. Meaning they can be traded and played on Ethereum, too.
Read the full report on this Game Ace drop here

GAT holders can stake their GAT to earn the second Game Ace cartridge “CryptoSnake” on Minted Vodka NFT Market since Sept., 23rd. Visit the farming page to join the ongoing staking – over 30% of all existing GAT are staked there at the moment.

As you know the GAT token is deflationary and is burned constantly.
Also Toys NFTs and the Arena Hand NFTs are burned.

Here are the latest token burnings: 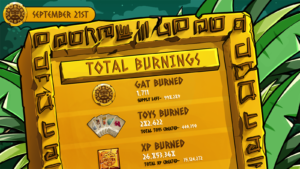 In order to expand the audience of the project and find partnerships for mutual benefits, GAT Network launches a business development program.
To begin a conversation with potential partners we start to work with some carefully chosen business developers.

Possible cooperations are for example custom Arenas for other projects to distribute their token or NFTs or a branded Game Ace NFT.

Read all details on the Business Development program here

You wonder what will happen after the private GAT funds of GAT Network Dev Team will be unlocked this winter?
We can tell you already that everyone can relax – nothing will change since the locking has been pro-longed until end-June 2022.

The funds are locked behind a legal contract which only permits use of them until end-June 2022 for example to onboard key partners, for top-tier cex listing or similar important topics. Read more here

Speaking of the team we announce that a new member will join the core team in October! More details on that will be disclosed soon – keep an eye on our Twitter…

Our roadmap got a facelift and some new milestones. Make sure to have an eye on the roadmap since we will add features regularly. You find it at the main page of our website (scroll down a little). We try to put items on the public roadmap that can be delivered within a few months + some major topics. The rest is at an internal roadmap to avoid too much competition 😉 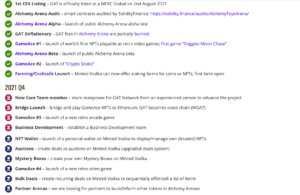 Lately we published a blogpost what we think about Buybacks of GAT token and why it´s not the best strategy for GAT. Nevertheless we bought back GAT on some occasions lately since the opportunities were just too good. These GAT were added to the community reserve for giveaways and other community events.

Since liquidity at Bakery Swap is very healthy Bakery pulled some GAT/ BNB from the pool & returned the GAT to us.

It will be used for challenges, giveaways, community events… ☺️

In September we participated in an expo regarding the 1st anniversary of the Binance Smart Chain! It was a big metaverse event with the top projects on BSC. Below you can see our booth that was visited by lots of users during the expo. If you would like to learn more find the blogpost here 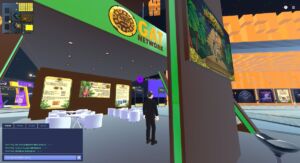 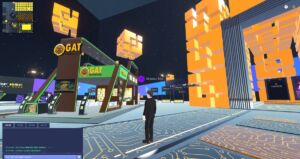 All of GAT Networks dApps are now available on Tokenpocket (English version) – check it out! The Tokenpocket team told us that listing them in the Chinese version of TP is not possible at the moment due to latest crypto restrictions in China.

3 new screencasts of GAT Networks products have been created by community members – check them out!

The anatomy of p2e Games

What will happen when staking rewards in a game end? This is a great question and the topic of this somewhat theoretical post.

That is indeed a dilemma of P2E (play-to-earn): in the long-term the “E” (earn) has to come from somewhere 😉

As far as we can tell there are 3 possible approaches to this in any given new game: 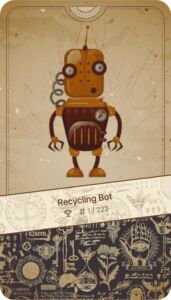 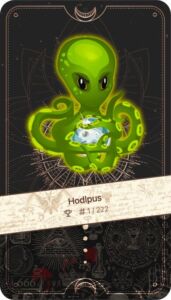 As usual there are several contests and giveaways ongoing or about to start. You find an overview on the giveaways here

Last but not least…

… the visibility of GAT Network is documented by different rankings on a regular basis. Here 2 examples of last week 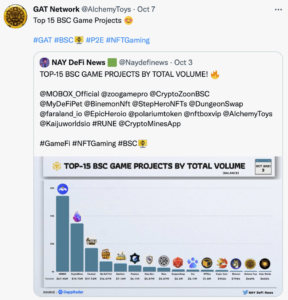 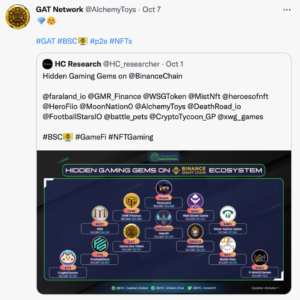