This will be a series of posts discussing our vision of MintedVodka (MV) and the direction it will take in the upcoming weeks and months. I will try to illustrate our perception of the current state of the crypto-landscape in general and where we map MV on that landscape.

MintedVodka was always planned as a central piece of GAT Network, which is just a small corner of a much bigger meta-verse. Metaphorically speaking, we see the Binance Smart Chain like a crypto-country in a world of many other “countries” like Ethereum, Avalanche and others. Following the same metaphor, the current GAT Network would be like a canton or province within the Binance Smart Chain: a conglomerate of cities, villages and dwellings representing each separate project in our network.

Similarly, we see MintedVodka not just like a local market in our “province”. We strive to become a central place, on the edge of several networks, where users from everywhere come together and interact: trade assets, exchange goods and services, discuss and hold events, discover new projects, play street games, etc. 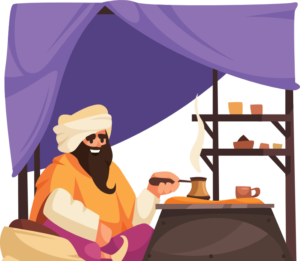 In medieval times, the most wealthy cities were the ones enjoying market privileges – where traders had to stop and offer their goods and services. The location and services the city had to offer also played a huge role, making it too hard to ignore and pass by without stopping.

GAT Network was born in Leipzig, a well known “market city” situated at the intersection of the ancient important roads (comparable to the Silk Road) known as the Via Regia (King’s highway), which traversed Germany in an east–west direction, and the Via Imperii (Imperial Highway), a north–south road. This strategically beneficial location and the fact that Leipzig gained Market privileges in the 12th century made it a very wealthy and utmost important city that was on-par with New York before WW2.

Location, legal framework and the provided services are all key points of a wealthy marketplace. Virtual marketplaces follow the same principles. And our aim for Minted Vodka is to follow those principles to the letter. 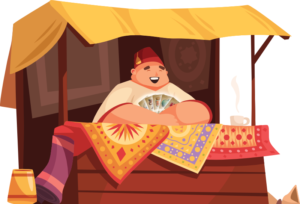 The company behind GAT Network (hence, behind Minted Vodka) is a fully transparent German entity with a known team and a proven track record in development of web- and blockchain solutions. Following the rules takes time and costs precious resources. But it builds trust and provides certainty for the parties involved.

Combined with the immutability of the blockchain technology, that forms the backbone of MintedVodka, thorough audits and testing of our solutions, we strive to provide maximal security and earn the highest possible trust from our users.

We will continue to build on top of this legal and technical transparency, seeking out partnerships and investments that will further vouch for our project. 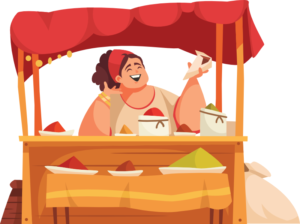 The location in a virtual world is a little harder to tackle. It is a combination of services and partnerships that increase the traffic on the marketplace.

This is the reason why the next iteration of MV will be multi-chain: Users will be able to enjoy it’s services independently on the chain they are connected to: Anyone connected to BSC, Avalanche, Ethereum, Polygon or any other chain that MintedVodka supports will be able to create deals and new assets on that chain, bridge them to other chains and enjoy transparent cross-chain services for maximal flexibility and limitless interaction beyond the constraints of a single chain. Being able to work transparently across the environments, places the MV marketplace right on the frontier between these “virtual countries” – a strategically beneficial place, similarly to the market city of Leipzig on the cross of two vital roads.

While the new MV iteration will launch with a small set of chains, we will optimise the workflows to easily add additional ones (that support EVM) when the need arises, making the marketplace very attractive for smaller blockchains seeking to add market services and “connect” to other chains for maximal exposure. 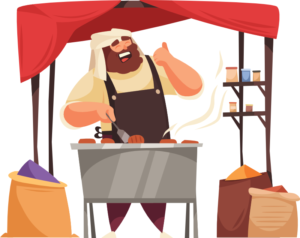 Lastly, the services the market has to offer play a huge role in the adaptation and public acceptance. Our aim for MintedVodka is extreme flexibility and ease of use. Our early users could already enjoy and test-drive the “trade anything for anything” deals. We will push them even further towards “anything for anything on any chain” deals – the final frontier when it comes to ultimate flexibility in cross-chain trading.

There are quite a few other innovations planned (those that were already announced and those that will come as surprise at a later stage) that will put MV beyond what any other market has to offer. I will present those services in the follow-up posts. Suffice to say, the excitement to finalise and implement the features keeps me awake at night. The technical roadmap is clear. The features are not just a dream, but a reality that is quickly approaching. It is just a matter of time. 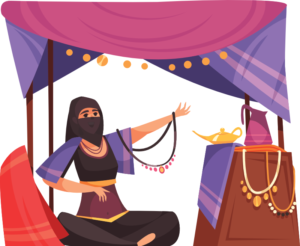 Where does it leave GAT holders? Well, since our launch of the cross-chain proof-of-concept bridge two days ago, GAT became cross-chain as well. Like the ancient Roman Denarius silver coin that was accepted throughout the known western world, GAT will be accepted throughout the chains to pay for all the services (directly and indirectly) offered by MintedVodka. It will be a GATE to premium features (such as free deals) and give its holders special privileges.

What those services will be and what privileges the holders will enjoy, will be revealed step-by-step in the next blog posts.

Until then, BUIDL and HODL!